Adidas Reveal The New Manchester United Away Kit For 2015/16 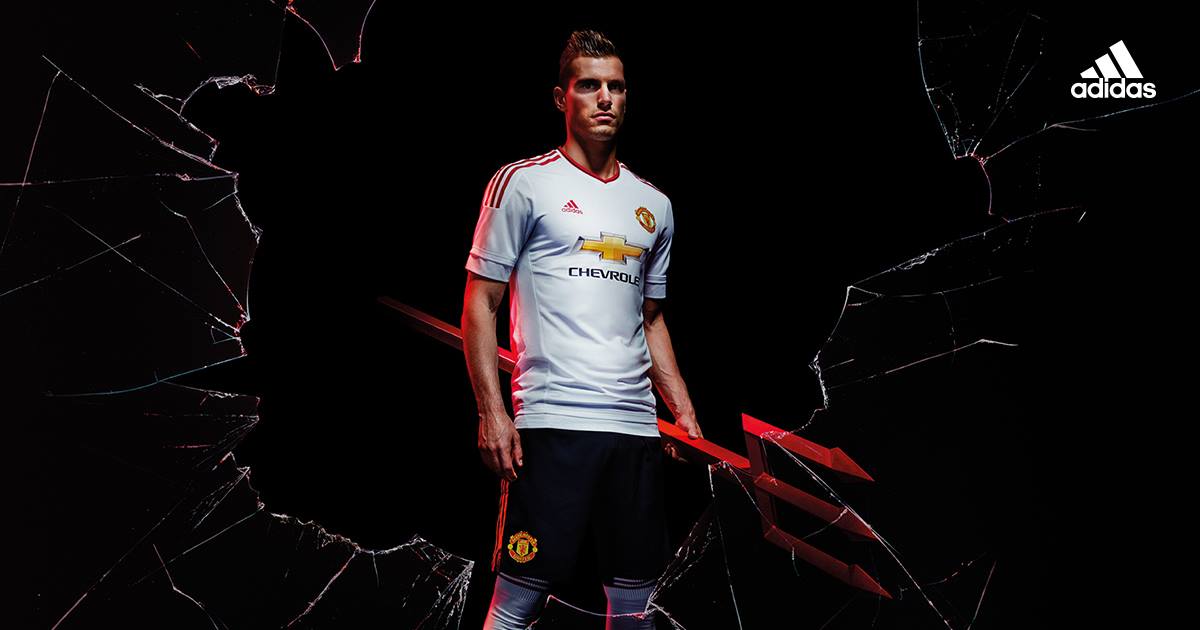 The new away kit takes inspiration from some of the classic away shirts from the club’s illustrious history, including the shirts worn by the legendary Busby teams of the 1960s. The new shirt features a classic v-neck cut collar and three-stripe design down the shoulder, as well as a graphic design on the hem of the shirt taken from the 1990 shirt famously worn by Ryan Giggs in his first full season. This design feature runs throughout each of the three shirts being launched this season.

Taking design inspiration from iconic three-stripe United kits from the 1980s, adidas have revisited the archive by bringing both classic red and white kits back once more, taking familiar style features that were loved by the fans and combining them with the latest performance technologies to produce innovative, modern classics. The new-look shirts include the latest in adidas lightweight and breathable technologies to ensure the players take to the pitch with the most innovative kit design ever.

The away shirt will be debuted in the Premier League fixture against Aston Villa on Friday 14 August.

The new-look shirts will be launched as part of the “Break Expectations” campaign, released by adidas to demonstrate the start of a new era for the football club as they return to the UEFA Champions League and start the 2015/16 season. The campaign imagery and short films are inspired by the club’s iconic crest and used by the players to set the tone for the forthcoming season.

The away kit will be available to buy on 14 August at adidas and Manchester United’s own retail stores, specialist sports retailers and e-commerce channels worldwide.