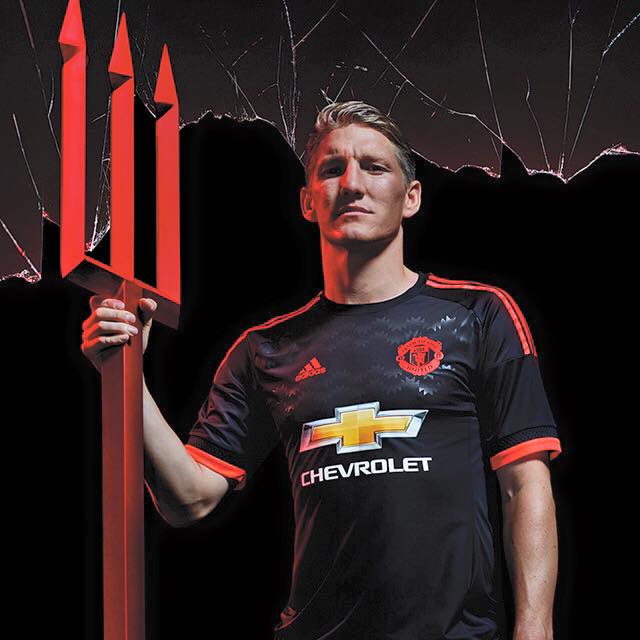 adidas and Manchester United have today revealed the club’s new third kit for the 2015/16 season.

The predominantly black kit features an orange pop on the three stripes and the same graphic design that has featured on both the home and away kit hem, but this time across the front of the shirt standing out brilliantly under the floodlights, which is ideal considering it will be used for the away UEFA Champions League fixtures.

adidas were keen to mark the return to Europe’s premier competition by reintroducing the predominantly black colour scheme, which was first seen in 1993 and has become a staple look for Manchester United ever since. The shorts are strikingly different, using the key graphic taken from the early 1990s shirt famously worn by Ryan Giggs, which fades across the shorts.

The new Manchester United third kit is available to order now via store.manutd.com, and to buy from adidas.co.uk/manchester_united and the Megastore at Old Trafford from Friday, August 28.