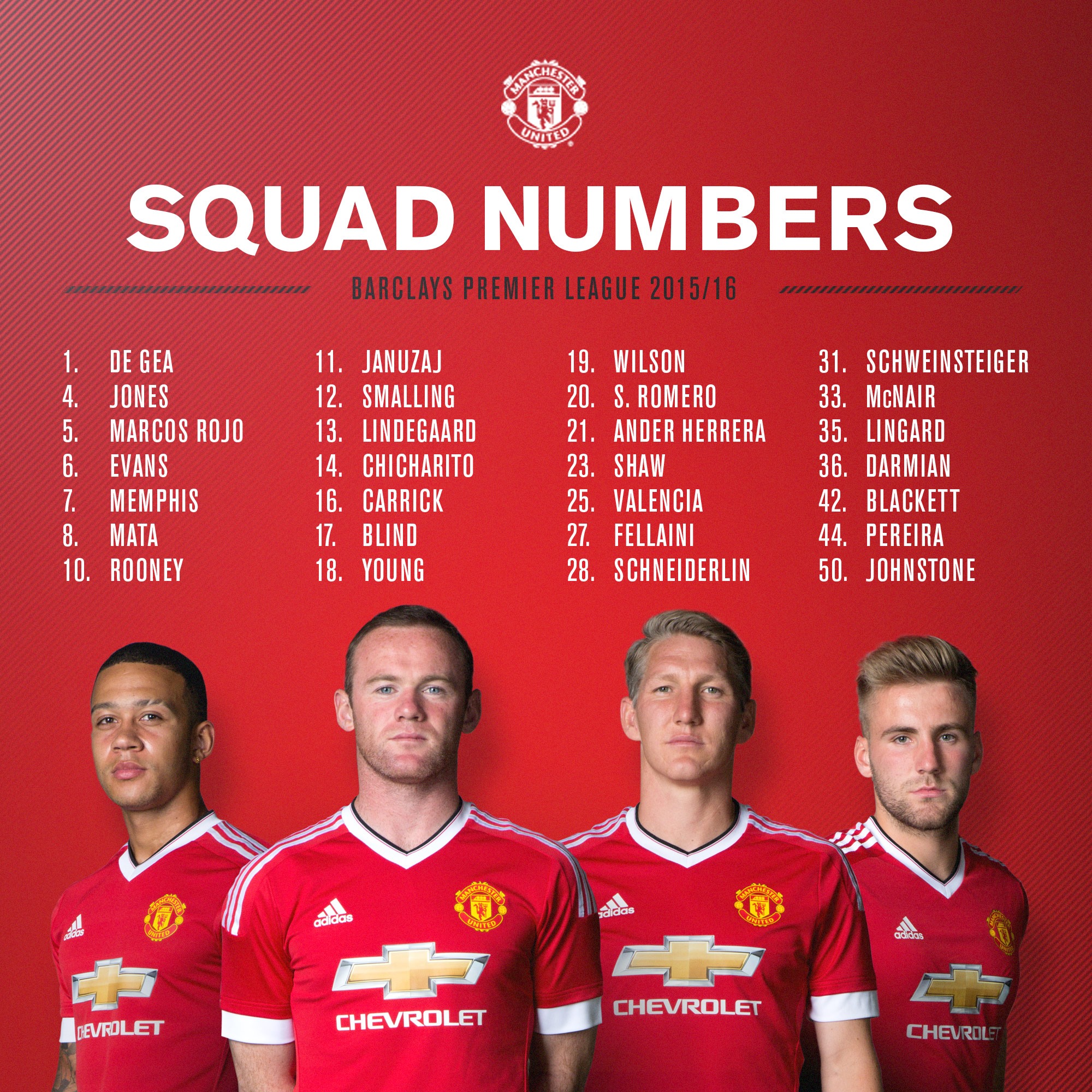 Manchester United have announced the new shirt numbers for the 2015/16 Barclays Premier League season, with Memphis Depay taking on the iconic no.7 jersey.

The Dutchman follows in the footsteps of some iconic Reds to have worn the shirt, including David Beckham, Eric Cantona, Cristiano Ronaldo and Bryan Robson, and he replaces Angel Di Maria, who was sold to Paris Saint-Germain on Thursday.

Marouane Fellaini allowed Schweinsteiger to take his favoured shirt and moves to no.27, the number he wore at his first club Standard Liege, while Luke Shaw swaps no.3 for 23 as a personal preference.

Shaw explained the change to MUTV, saying: “It’s the number I feel comfortable with and it’s probably the number that I want to carry on with until I finish my career.”

James Wilson is now no.19 rather than 49. The young striker explained to ManUtd.com last season that Louis van Gaal wanted him to have a ‘9’ in his shirt number.